Migraines and Seizures: What’s the Connection?

Migraines and Seizures: What’s the Connection? 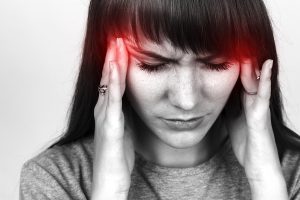 Migraines are more common among those who suffer from epilepsy than those of the general population. One study indicates that one in three people who have epilepsy also experience migraines. Not long after having a migraine headache, some will have a seizure. This condition is known as migralepsy. Both seizures and migraines are neurological problems. They are not identical conditions. However, they do have related triggers and similar ways to care for them.

Some healthcare providers will use a prescription medication to aid in eliminating migraines for seizure patients or the other way around. This is because that particular medication is actually working to cover over symptoms rather than helping to better the root of the condition. Some types of medications used to target migraines and seizures are:

As was stated earlier in this article, some migraines and seizures share the same triggers. These triggers may be linked to a person’s diet. For instance, chocolate and wine are common triggers. Sometimes, a simple adjustment in diet can lessen the number of attacks. Here are some other options you may want to look into:

If you or someone you know suffers from migraines and seizures and is looking for relief, we strongly encourage you to seek the care of an upper cervical chiropractor. An important step in understanding how this care can help you is to understand the anatomy of the neck.

The top two bones in the neck are called the atlas and axis, otherwise known as the C1 and C2 vertebrae. These vertebrae are responsible for protecting the location where the spinal cord meets the brainstem. When a misalignment occurs with these specific bones, it can wreak havoc on the body. This is because this area is the main line of communication between the brain and the body. A misalignment puts undue pressure on the brainstem, altering the transmitted signals. This leads to numerous health problems including seizures and migraines. Once this misalignment has been corrected, many have reported seeing their symptoms decrease and even disappear altogether.