Meniere’s Disease: A Rare Cause of Vertigo

Home/Vertigo / Dizziness/Meniere’s Disease: A Rare Cause of Vertigo
Previous Next

Meniere’s Disease: A Rare Cause of Vertigo 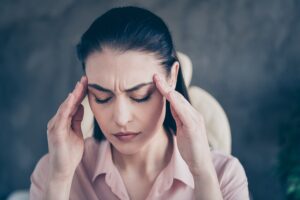 Meniere’s is a rare condition, but upper cervical chiropractors in Vancouver WA still advise patients to pay attention to the symptoms of this disease. According to the American Hearing Research Foundation, only 0.2 percent of the US population has the disease. It causes a triad of symptoms:

In several Meniere’s cases, the common underlying cause is a misalignment in the bones of the upper cervical spine, specifically the C1 and C2. After correction of the misalignment, Meniere’s often becomes less severe or goes away altogether.

A Case Study of Patients with Meniere’s Disease

A fascinating study observed 139 patients who had Meniere’s disease. All patients received upper cervical chiropractic care. After receiving an adjustment, 136 of the patients experienced an improvement in their symptoms, most especially vertigo. They also reported the elimination of their nausea and vomiting. The remaining three patients reported less intense vertigo attacks.

A noteworthy fact is that all the patients had experienced a whiplash before their vertigo attacks all started.

It only takes a small misalignment to disrupt the entire body and cause numerous health problems, including Meniere’s disease. This is because the brainstem is in the exact spot where the C1 and C2 vertebrae are. These bones protect the brainstem but do precisely the opposite when they misalign. Instead, they put more pressure into the brainstem. As a result, the brainstem begins to send improper signals to the brain about the body’s location. This can be the reason that Meniere’s occurs.

Here at Balanced Living in Vancouver, Washington, we employ a gentle technique to help these bones move back into their correct alignment — upper cervical chiropractic care. This method is mild and allows the bones to realign naturally. Many patients see similar results to those in the study we mentioned.